ONE FAMILY ANNOUNCES IFTAR RETURN AT THE DORCHESTER 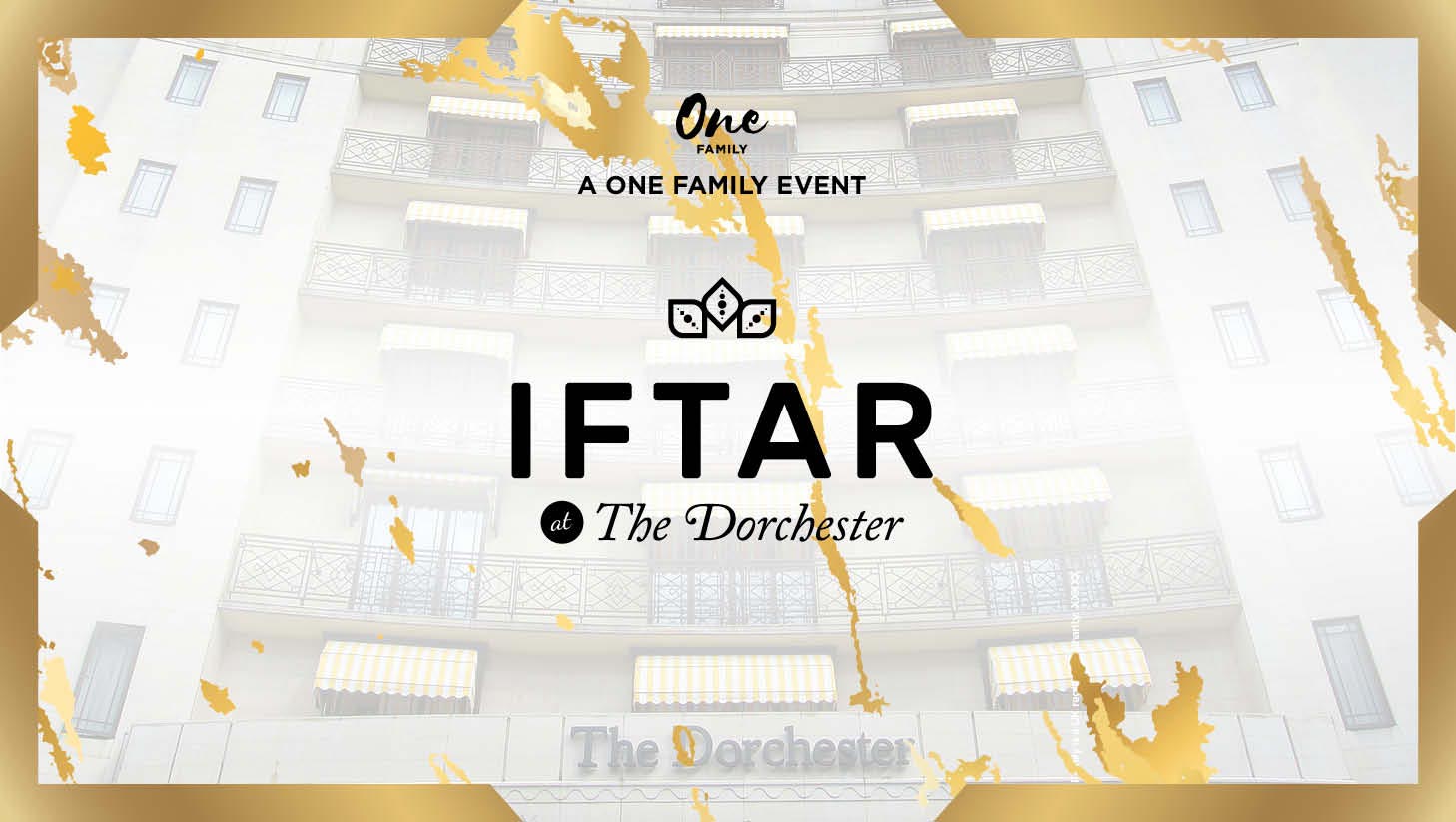 Following the postponement of recent events on account of the pandemic, One Family is delighted to announce London's signature The Dorchester will be home to its star-studded and highly anticipated annual Iftar.

The charity’s extensive event programme for its annual Iftars brings together some of the most world-renowned names, leading in their respective sectors – from entertainment, business, and politics, to arts, sports, and philanthropy. Previous keynote speakers have included CNN-hero and social activist, Anuradha Koirala, and 11-year-old Syrian author and activist, Bana al-Abed.

Performances from world-famous singer/songwriter Maher Zain, and endorsements from sport stars including David Haye and Ronnie O’Sullivan, have cemented this annual event as one of London’s finest.

This year’s black-tie Iftar will raise funds for the charity’s Refugee Fund, providing support to its key partners: the National Syrian Project for Prosthetic Limbs (NSPPL) and Sea Watch. Both organisations have been instrumental in providing support to Syrian refugees fleeing a decade-long crisis, which has caused more than half a million deaths and created over 80,000 amputees. One Family Chairman, Sharif Banna MBE, said: “As we begin to recover from a pandemic that rocked the world, it’s now more essential than ever to provide support to the displaced and disenfranchised members of our global family. We remain committed to serving those most vulnerable and are thrilled to have The Dorchester join us in this endeavour”.

Matthew Rowlette, Area Director at the Dorchester Collection, said: “We have been following One Family’s journey since its inception and are delighted to be partnering with them given their exceptional track record of delivering leading charity events. The Dorchester is excited about creating a truly memorable experience for all One Family’s esteemed guests, and even more delighted at the prospect of supporting such a necessary cause”.

Iftar at The Dorchester will be delivered by One Family in collaboration with the Refine Events team, who bring their extensive luxury event experience to further enhance London’s leading Iftar.