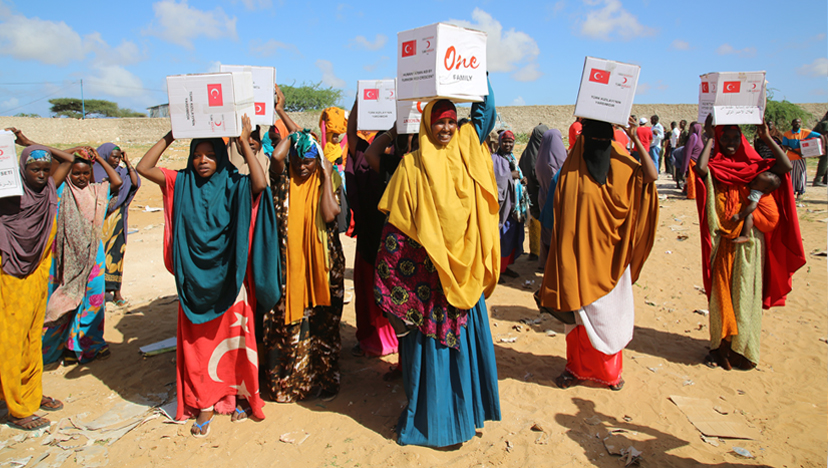 Maher Zain, Swedish singer-songwriter, visited Mogadishu, Somalia last week to help support victims of a drought that is threatening the lives of millions of people.

Through our Ramadan campaign and partnership with the Turkish Red Crescent, we are providing critical food and supplies to people affected by drought and famine, via specialised mobile kitchen and bakery stations.

Producing 5,000 units of freshly baked bread and 7,000 hot meals per day, the mobile bakery and kitchen stations have proved essential in securing food for those hardest to reach via a network of 27 institutions serving as outlets, including hospitals, disability centres, orphanages, and children’s homes.

The mobile stations, operating from central Mogadishu, have already distributed over 14million units of bread and food since 2016. Alongside members of the Turkish Red Crescent and One Family team, Maher distributed water and food parcels to victims of the drought, many of whom have been displaced and rely solely on humanitarian aid.

Maher also took the time to visit an orphanage on the outskirts of Mogadishu. Here, he prepared food in a mobile kitchen, which he then served to the orphans. “It was great to see their faces and to know that we are making a difference,” he said. “But we need to do more. This country is right on the edge of famine. The drought has killed the crops and people are already dying because there is not enough water, not enough food.”

Currently, one in two Somalis—6.7 million people—need humanitarian assistance. 1.4 million children are malnourished and over a quarter of a million of those are so acutely malnourished that they are close to death. “These children are family,” he said. “It’s up to us to show that love really can make a difference. They are family and, right now, they need us. That’s why One Family is here. That’s why I am here.”

HOW YOU CAN HELP
DONATE