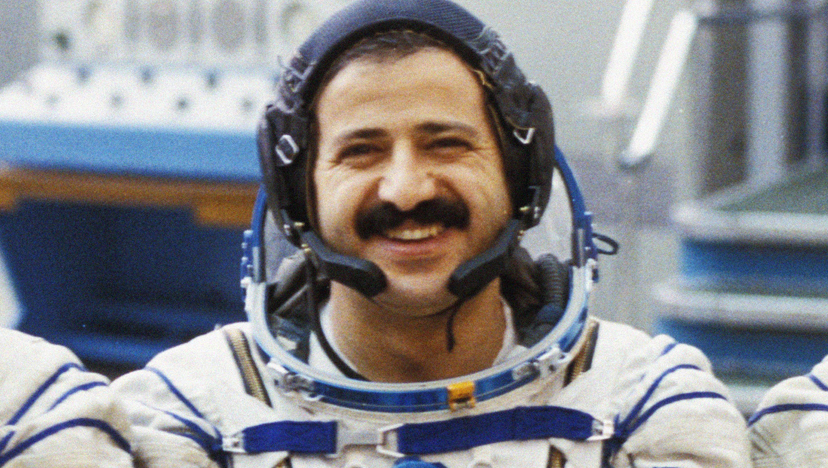 One Family is delighted to announce Syrian astronaut, Muhammed Faris, has joined the team as its most recent ambassador.

In 1987, Muhammed changed the course of history by becoming the very first Arab astronaut to enter space. Muhammed is considered a national hero in Syria with roads, schools and airports named in his honour. He graduated from military pilot school at the Syrian Air Force Academy and soon after reached the rank of colonel.

Alongside Russian cosmonauts, Muhammed flew into space on board the Soyuz TM-3 spacecraft on July 22 1987. He comments: "When you have seen the whole world through your window, there is no us and them, no politics". Whilst in space, Muhammed decided to leave the military and dedicate his life to educating others in science and astronomy, to ensure others had the opportunities he had been privileged to experience.

In 2011, the protests began in Aleppo and Muhammed and his family were forced to flee. They sought refuge in Turkey, where they have built a new life, with a new home and a new mission: to fight for justice. Muhammed’s status as a refugee has encouraged him to raise awareness about the oppression and violence he faced in Aleppo, alongside many of his friends and colleagues. In his new office in Istanbul, Muhammed still displays the medals he won throughout his career, and refuses to let the injustice he has faced detract from his accomplishments and hard work.

Muhammed repeatedly refers to the resilience of his Syrian brothers and sisters and believes wholeheartedly that Syria will survive this war. He comments: "From afar, when the Earth was so small, I really felt in my heart I could make a big difference in the world. But it has not been easy".