Superintendent Kiran Bajracharya in UK Visit Hosted by One Family 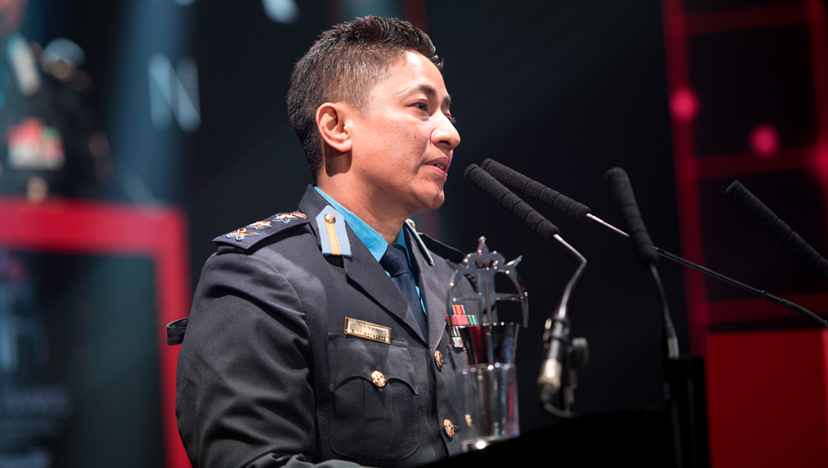 SP Bajracharya has led efforts to identify trafficking victims at local hotels and restaurants; developed a training manual for junior officers on investigating crimes against women and children; and worked to ensure that human rights standards, police ethics, and gender equality are integrated into all police curricula and training programs.

Between 2013 and 2015, SP Bajracharya served as Superintendent in the Central Investigation Bureau, where she focused on investigating organised transnational crime and initiated at least 14 human trafficking cases, an increase from just one case in prior years.  These cases resulted in numerous arrests, prosecutions, and convictions, including the arrest of 10 criminal gang members.

In her current role as District Police Chief, SP Bajracharya continues to lead on human trafficking.  She gives orientation and awareness training to women working in local brick kilns on the risks of modern slavery; has set up checkpoints to inspect buses carrying individuals who may be trafficking victims; and has received the Prabal Jansewa Shree’ medal for outstanding performance as a District Police Chief of Bhaktapur District by the President of Nepal.

In 2016, Kiran won the Trafficking in Persons Report Hero Award 2016, awarded by the US Department of State and presented by US Secretary of State John Kerry in Washington, for her work to protect and promote the rights of the vulnerable and voiceless.

On her visit, Kiran was awarded Public Servant of the Year at the 8th Asian Awards in London, an annual award ceremony which honours excellence within the global Asian community.

Kiran was invited to London by One Family, and together meetings were held with senior anti-trafficking and modern slavery stakeholders in the UK, including the Independent Anti-Slavery Commission, National Crime Agency (Modern Slavery and Human Trafficking Unit Vulnerability Command), DFID Modern Slavery Unit, and the Foreign & Commonwealth Office.