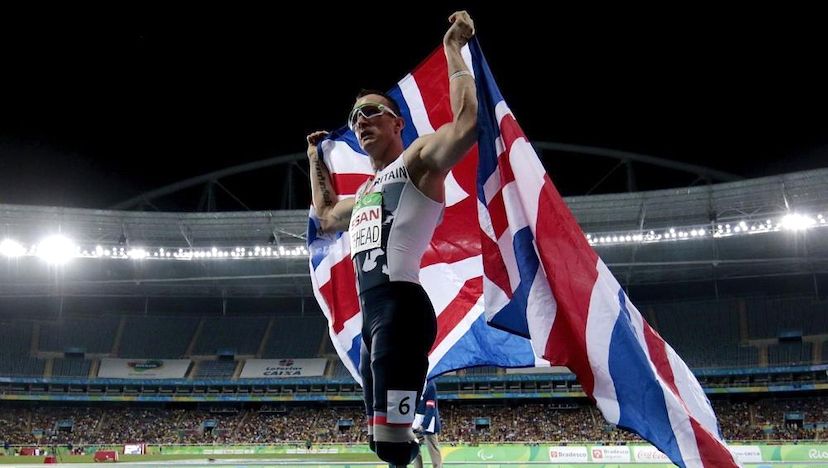 One Family is delighted to announce that world-record-holding Paralympian, Richard Whitehead, has joined One Family as an Ambassador for our work to provide prosthetic limbs to Syrian refugees.

Richard said: “I am honoured to be a One Family ambassador. I am so passionate about their work that it is a privilege for me to raise awareness about what they do and inspire others to come together as one family, to help others less fortunate than ourselves. I have plans to take on a running challenge later in the year – using the power of sport to bridge social gaps, profile the need for prosthetic limbs for refugees, and help One Family to raise critical funds to support their amazing projects.”

Keen for a challenge, Richard started running 13 years ago, at the age of 27, and entered the New York Marathon. Using basic prosthetic legs, he began running on treadmills in his local gym, before hitting the open roads. Ten months and many blisters later, Richard completed his marathon debut, in five hours and 18 minutes. Since then he’s gone onto break world records, win Olympic medals, be awarded an MBE and has become an inspiration to many.

Richard holds the world record for athletes with a double amputation in both the full and half marathon. He won the gold medal in the 200m T42 Athletics event at the 2012 Paralympics, successfully defended his title in 2016 at Rio, as well as won Silver in the 100m event. He has one of the most disciplined training regimens in the business, and whether he’s running for distance or sprinting for speed, Richard’s determination has propelled him to the top ranks in the world. Richard isn’t just committed to breaking records however; he is also deeply dedicated to making a difference in the world. This passion has already seen him complete a heroic 40 marathons in 40 days for charity and, in doing so, became the first double-leg amputee to run the length of the country.

Richard helped launch our prosthetic limbs programme for Syrian refugees with Ian Rush, at the Legends of Sport Awards in March 2018. Richard also attended our Iftar at The Savoy in May 2018 and was interviewed on stage by sports presenter Manish Bhasin about his motivation. Richard added, “Many people say that I am an inspiration. All I can say is that I am an athlete, who has been given the opportunity to run. Running is a sport that, due to advances in technology, I am now able to participate on a level playing field with my able-bodied counterparts. If I could sum up everything I do, it would be what’s tattooed on my right arm: cometh the hour, cometh the man.”